History of the Federation

Libraries in the Kootenays have a long history of cooperation.  Over the past thirty years, Kootenay libraries have worked together both formally and informally to serve the public better.  In April 1974, a group of citizens from Castlegar, Creston, Cranbrook, Elkford, Fernie, Grand Forks, Greenwood, Invermere, Kimberley, Midway, Nelson, Rossland, Salmo, and Trail joined together to promote an integrated library system and incorporated themselves as the Kootenay Library System Society.  The group drafted a proposal that stated that all residents of the library districts would have access to regular library service through any service point in the system, regardless of where they lived.  Because of a lack of government support, the Society was not able to formalize their plans.

The desire to better public library service in the Kootenay did not diminish, however.  Locally, there were still many who felt that some sort of integration was necessary, perhaps on a smaller scale.  Two smaller groups formed out of the Kootenay Library System Society.  The East Kootenay Library Association served the towns east of, and including, Cranbrook.  The West Kootenay Library Association (WKLA) was formed to serve the towns west of, and including, Creston.  The new associations were made up of local librarians and usually a board member from each library.   WKLA met regularly and cooperated to save money and resources whenever possible.  For the next twenty years, WKLA continued to try and increase the level of library service in the West Kootenays.

In 1996, the new Library Act included a provision for regional library districts and federations.  The members of WKLA and EKLA realised that it might be best to form a Federation on its own terms before the government imposed some sort of integration on the area.  In 2004, the Kootenay Library Federation (KLF) was created.  The initial Federation consisted of 12 member libraries out of the 18 in the East and West Kootenay regions.  The group worked together to develop a Service Plan outlining the desire for improved service, the elimination of duplication of services, and to decrease the cost of the services currently provided.  In the meantime, the provincial government produced a document called ‘Libraries Without Walls: The World Within Your Reach: A Vision for Public Libraries in British Columbia’ which promoted the idea of collaboration and partnerships between libraries to facilitate more equitable access to information for all of B.C.’s residents.

In 2006, the government approved the Kootenay Library Federation and it received financial support from the Library Services Branch. 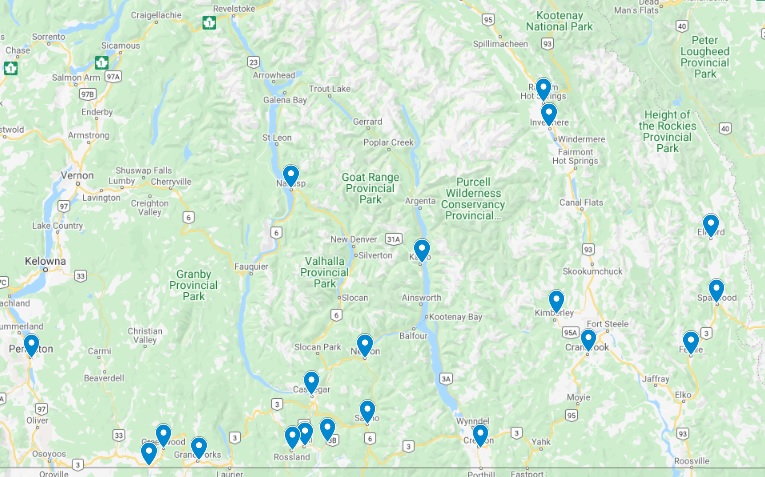